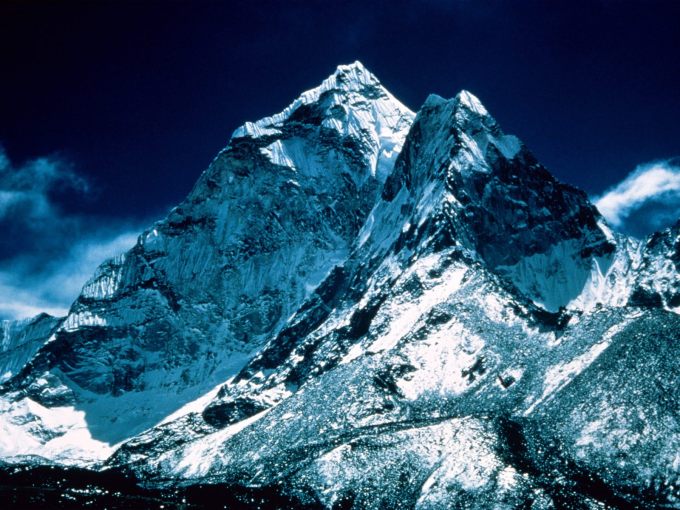 Thankfully, most of us don’t have to face this type of lunatic questioning on a regular basis. My chosen demographic nailed its colours to the ‘sitting in the pub, drinking beer, eating cheesy chips and laughing at people who exercise’ mast a long time ago, and feel morally superior by virtue of the fact that the closest we will ever get to an intensive  exercise regime is repeatedly reaching into a professional sized bag of crisps.

Despite this common sense approach being freely available, more people than ever before are thinking that climbing the tallest mountain in the world is not only achievable, but a worthwhile addition to their collection of life experiences. According to the BBC, on 23rd May 2010 “169 climbers reached the summit in a single day – more than the total number who had conquered the mountain in the 30 years following the first ascent in 1953.” An increasing number of these are “hobby climbers” – people who pay large sums of money to be guided by professionals as part of a group.

Last time I checked, climbing Everest involved placing oneself in all manner of perilous situations, sleeping in tents and sacrificing essential body parts to frostbite. What’s the reason for all these non-mountaineering types thinking they can pay a load of money and effectively get carried up there, then wear ‘their’ achievement like a badge?

Not that bus. Image via blogspot.

Alright. I checked. There’s no bus. But I did find out a few things that reaffirm my belief that staying in the house is the safer option. Let me share them with you.
–

5. All the preparation in the world counts for jack.

You can do all the pre-climb training you want, hell, you could even have a bunch of triathlons under your (presumably necessary because you’re so goddamned toned) belt, but if your body decides it doesn’t like operating at altitude, you’ll be back at base camp with a serious case of the bug eyed crazies before you can say “Hey, can I have another one of those tasty synthetic energy gels?’  And that’s if you’re lucky.

Pulmonary and cerebral edema are the two uninvited guests at this particular party. Accumulations of fluid on the brain or lungs is never good, but the condition, which can be caused by a failure to acclimatise properly, can be and very often is fatal if not treated quickly. Tough at 20,000 feet.
Better than that? Anyone can get it at anytime. Even Olympic athletes. You don’t stand a chance.
–

4. You’re going to have to use a ladder.

Your Dad’s carping about cleaning out the gutters will never have quite the same impact. Images: projecthimalaya. 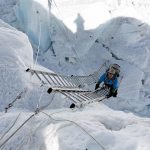 Having thoroughly researched Mount Everest before attempting to climb it (because surely you’re not stupid enough to try and do it without, are you?), you’ll know all about crevasses.

In case you forgot, or are still reeling from the notion of living in a tent for six weeks without a hairdryer, you might not have got to the ingenious solution climbers have come up with for getting across these damn cracks in the ice, which, if you fall into them, will be glad to send you plummeting into the bowels of hell.

Yup. It’s that aluminium ladder your dad uses to clean out the guttering. The number of ladders you’ll have to use changes all the time due to the shifting of the Khumbu icefall but one climber counted 35 between Base Camp  & Camp 1.

3. On Everest, no one can hear you scream. 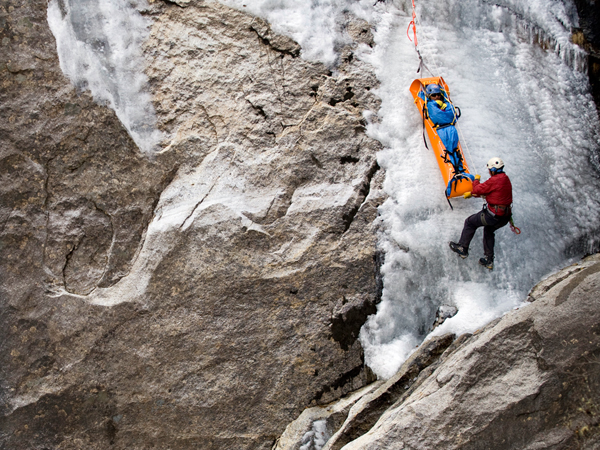 Woooh! Next time, I’ll try it with my eyes open! Image via nationalgeographic.

In terms of safety, if you’re not an experienced climber, attempting Everest is a bit like running around naked on the motorway. There’s a degree of risk involved. You have to accept that you’re doing something so ridiculously dangerous that you.might.die. While it’s nice to have a moral code, where you believe you would put your own safety aside to help another, with the best will in the world, if you’re my best friend and I’m watching your quivering arse narrowly miss another unpleasant interface with a Volkswagon, I’m not coming out there to rescue you. I love you, but you’re on your own, pal.

Insisting on taking your bike up with you also affects people’s willingness to help you. Image via socialtrailriders.

The same applies to climbing. If you get yourself into trouble at 8000m, the only way that your fellow climbers are going to be able to assist you is by placing themselves in ridiculous danger. If you’re part of a group that boasts a few super experienced Sherpa, they may try to carry you down because on the whole they’re a really decent, selfless people, but often the best they can do is give you oxygen, try to make you comfortable and say a prayer for you. You want them to put them to put their lives and the future welfare of their family on the line for you? Forget it.

Unfortunately, if you’re not standing in 100kph winds on a ledge approximately eighteen inches wide where the oxygen level is about 30% of what you might expect on the ground, this concept is tough to grasp. In 2006, a professional climber named David Sharp got into trouble at 8500m and crawled under a limestone overhang to get some respite from the wind. He was still alive, although severely frostbitten and unable to move when teams began to pass by on their own summit pushes. Many stopped – to offer a prayer, to call for assistance, to share a touch with the stricken man – but no one tried to help him down, pretty much because it was generally agreed that chances are, everyone involved including Sharp would end up dead.

However, a lot of people on the ground didn’t see it that way.

The brunt of the blame for the death of David Sharp was laid at the door of a climber named Mark Inglis. Apparently, Mark Inglis and his team should have done more to help David Sharp, despite the fact that Inglis is a double amputee who lost both of his legs below the knee after a serious case of frostbite on another expedition years before.

2. There are dead bodies everywhere.

Nothing can ruin your day like stumbling over a corpse while you’re going about your business. And if your business is climbing Everest, you might want to get used to seeing dead people. It’s so common that many experienced climbers use them as landmarks, to work out where they are on the hill.

There’s even a section of Mount Everest called Rainbow Valley. This is not because the sun’s rays are filtered in a particularly attractive way there, it’s because if you look down, you can see all the different colours of the suits climbers were wearing when they plummeted to their deaths.

1. Summiting is just the half of it.

You made it! Wooh! But hold it right there, young buck. That mindbending, body murdering haul you just completed now has to be done again. Backwards.

The sad fact is, the majority of climbers who die on Everest do so on descent, simply because they put everything they had into hauling their frostbitten asses up there. The chances of this happening increase by a factor of 20 if you try and do the Summit Dance you have been preparing for several months when you get there.

Conclusion? If you still need confirmation, you’re better off staying on the sofa, lovelies.