As we know, it’s tremendously convenient to portray supporters of the right to bear arms in the United States as intolerant, irresponsible right wing lunatics who’ll shoot your face off with an AK-47 if you even think about trying to pry it out of their hot, sweaty hand. 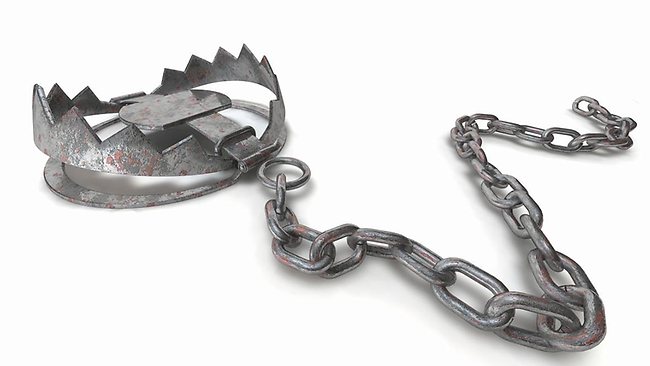 This, children, is not constructive to furthering the debate. As good left wingers, it is our responsibility to take the higher ground and acknowledge the many thousands of intelligent US citizens who believe in the right to bear arms, who look after their firearm correctly, make sure it used safely and responsibly and locked in a cabinet away from kids, punks and terrorists for the rest of the time.

Once we’ve taken that radical step, the gun lobby might be forced to acknowledge that there are certain people who perhaps aren’t responsible enough to bear arms, and that this is what we should be concentrating on together. Like the lady from West Pennsylvania,  who apparently blamed the theft of two cordless drills and a bag of tools from her home on the fact that she forgot to set the bear trap she keeps at the bottom of the basement stairs that night.

Yes, that’s the bear trap. At the bottom of her basement stairs. The police have reportedly advised she find “a different way of protecting her home from intruders“.