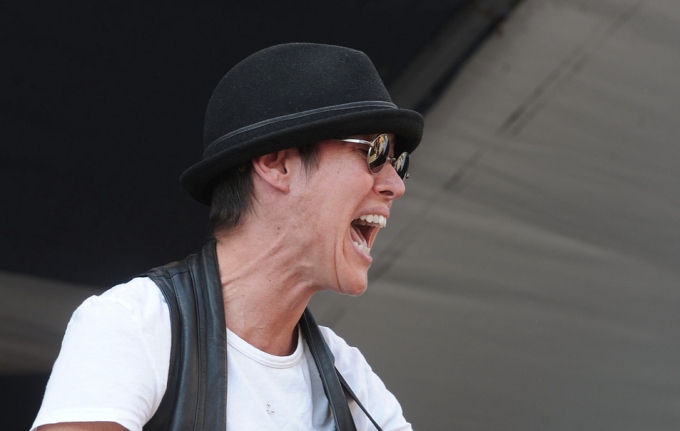 1990: Michelle Shocked tells Outlines magazine how her sheltered religious upbringing led to depression and confusion over her sexuality.

A real strong agenda for me, in being subversive, is that I resent like hell that I was maybe 18 years old before I even heard the “L” word. I mean, that’s understood, growing up sheltered in a Mormon environment. But it would have made all the difference for me had I grown up knowing that the reason I didn’t fit in, was because they hadn’t told me there were more categories to fit into.

I spent the first 18, 19 years of my life wondering why, in just depression, why I didn’t fit in. I’m so amazed when I talk to a lot of younger fans who are so clear about their sexual orientation as a lesbian. I’m like “how did they know?“

I like the sound of being called an honorary lesbian and the comparisons to black disco divas, but right now, I’m a dug-in-the-heels fundamentalist who’s not too happy about it.

When they stop Prop 8 and force priests at gunpoint to marry gays, it will be the downfall of civilization, and Jesus will come back.You are going to leave here and tell people, ‘Michelle Shocked said God hates faggots’.