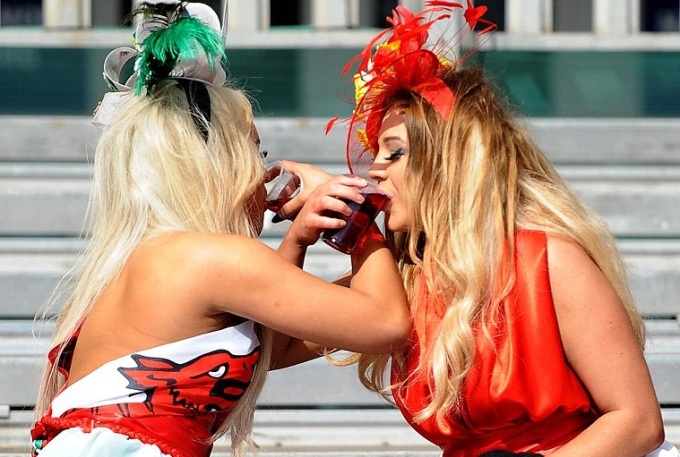 “Real equality is when women have the right to be as drunk and stupid as men.”

It’s no wonder young women don’t identify with feminism when it’s dressed in this kind of unattractive, clumsy costume.

Forcing equality, kicking and screaming, into the same ballpark as date rape, is the intellectual equivalent of making me wear one of those meringue wedding dresses for a joke.

Shocking at first. Screamingly funny for the next ten seconds, until everyone realises I’m not laughing. Then, downright uncomfortable for the remainder of the evening, until everyone with a modicum of empathy leaves, feeling truly ashamed of themselves.

Getting drunk isn’t a right. It’s an activity that can often be fun, but it’s not, and never should be, aspirational. I, like the writer, got drunk a lot when I was a kid too. A lot of the time I had fun, lost my inhibitions, made new friends and explored my newly discovered adulthood. A lot of other times I ended up in places and did a lot of things I would never have countenanced sober.

Eventually I got tired of losing control of myself. Fortunately, all before something happened that could not be undone with an apologetic phone call.

This statement has as much relevance to the equality and feminism debates as ‘Girl Power’ did, only that was quite clearly someone’s idea of the acceptable face of feminism, a cartoonish appropriation of a serious issue that never made any secret of the fact that it was a marketing ploy. Irritating though it was to have feminism hijacked by a bunch of baffled young women who thought ‘The Second Sex’ was about going home with a bloke after you’d shagged him in by the bins, at least it never seriously contended that getting pissed and shouting at paparazzi was empowering.

This article does. It implies that if women can do all the things that men do, then we’re equal. That’s deeply presumptive and indicative of a horrible misunderstanding of feminism.

We live in a society where women have been second class citizens for a long time. As a result, the civilised world has developed around that conceit. Lower pay for women, inefficiencies in childcare, corporate glass ceilings and sexual harassment are still an issue because women in the workplace are still a relatively new concept. Women were nothing more than chattels, concubines and domestic servants for hundreds, thousands, of years. It’s a hard habit for society to break.

What women bring to the table has rarely been considered, let alone explored. We don’t really have a part in history unless an achievement was so huge, it couldn’t be ignored or attributed to someone with a natty moustache. You can name them.

For the most part, our speciality is childbirth.

Real, honest to god feminism is as important for men as it is women, because if you actually look beneath the façade of the patriarchal structure, you’ll see women all over the place, doing all kinds of fabulous things.

And unless you know where to look, you won’t have a clue.

This article is in The Guardian. A ‘serious’ newspaper that does make an effort to report the news, rather than just print photos of Kim Kardashian’s backside. A newspaper that might be picked up by a teenager seeking a different view of the world than the one on their TV that honks on about the importance of jewellery while wearing lingerie and hair extensions.

What’s that kid going to find? An article describing how they should fight for their right to party. The Beastie Boys wrote that song as a pisstake, y’know. It backfired spectacularly. But it gives me an idea. Perhaps Jessica Valenti is a genius of subterfuge and this piece will be revealed as some kind of Machiavellian masterpiece that I’m too stupid to understand.

I won’t be holding my breath.