By resigning from his position as technical director of British cycling, Shane Sutton has instantly become the poster boy for those who believe that women aren’t capable of coping with the rigorous, often unpleasant realities of competing in elite sport.

Phone-ins and social media networks are alight with righteous indignation propelled voices claiming that if women can’t stand the intensity of the motivational tactics (which may or may not include verbal sparring and insults) required, perhaps they should reacquaint themselves with the more suitable challenges of the kitchenette.

Even Radio 5Live, who usually handle issues like this with dexterity titled their Your Call show “Do you need to be “rough and tough” to achieve sporting success?”

This isn’t the first time the issue has reared its head in cycling. Upon retirement in 2012, Victoria Pendleton touched on the subject of her experience in training, concluding that women may require “different things, different support systems and different motivations” to succeed. She was careful to point out she wasn’t asking for special treatment or anything ‘better’ than other athletes might receive. Just different. She didn’t feel like she should have to conceal her emotions. Or care about what other people thought.

To clarify, this particular uproar has nothing to do with whether Shane Sutton is a good bloke, or a “rough bastard”, as he reportedly once described himself. His success to date implies he’s good at his job. But in 2016, we are mature and civilised enough to embrace the idea that the world isn’t binary. This or that. Women require this, men require that. Resistance to this outlook presses against acceptance like two tectonic plates and is currently causing earthquakes in all sorts of wildly divergent spaces. 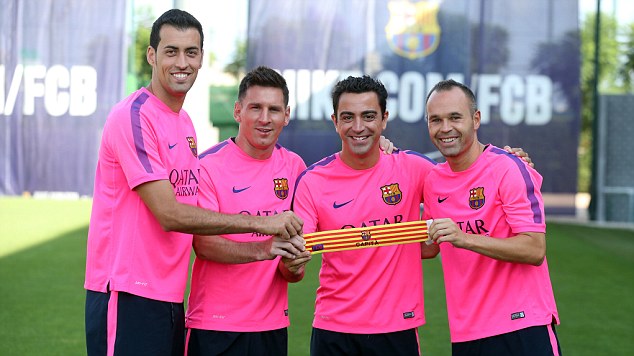 It’s not a difficult concept to grasp. Even the notoriously antiquated world of football has accepted that some players require ‘an arm round the shoulder’ while others’ talents are best unleashed on an unsuspecting world via a ‘good kick up the backside’. It’s rare that the sport I love should be a world leader in anything remotely forward thinking, so I should probably qualify that statement with the fact that until a few years ago men could not be footballers unless they were 6ft 2ins, broad chested and dead hard.

Yet another reason why elite sport’s debt to Barcelona’s midfield can never be overestimated.

This cause celebre is the intellectual equivalent of rejecting meal plans and dietary requirements tailored specifically to the individual because we didn’t do that in the seventies. Progress comes in many, many forms and one of the most important over the last twenty years has been the understanding that fine margins make the difference in elite sport. If a male cyclist performs reaches his peak via sturdy verbal beatings, great. I know many women motivated in the same way. But it’s not necessarily the ‘right’ way. If that same male athlete’s best is unlocked via gentle handling and confidence boosting, should we still verbally beat him because it’s what we’ve always done?

By allegedly telling Jess Varnish to “go and have a baby” he was reducing her to a biological function. He was also implying that having a baby and bringing it up is easier than riding a bike. Women are not weak if they choose to go have a baby. Women can and do take all kinds of abuse every single day and continue to move forward, achieve and succeed and it’s frankly embarrassing to suggest otherwise.

Until he does, Jess Varnish is not the only one lacking the necessary skills to perform her job.