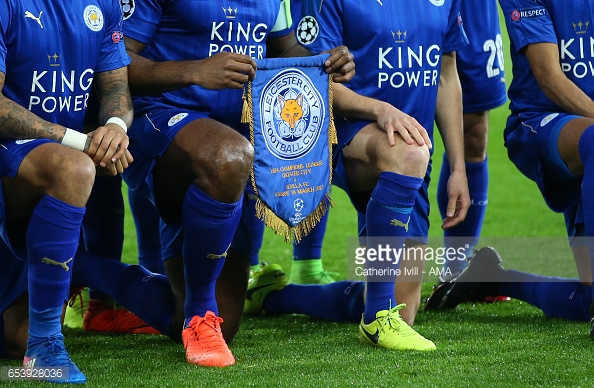 Marc Albrighton has just scored Leicester City’s second goal of the night and, assuming they don’t go all Arsenal on us, will proceed directly to the quarter finals of the Champions League. Their performance has been everything part 2 of the Ranieri era was not; purposeful, competitive, pressing, intense. They’re irresistible.

How ironic then, that they should be the club representing football’s summiting of Peak Entertainment and beginning the long miserable march downward into unknown (if inevitably uncomfortable) territory.

It’s had a good innings. In 1992, as Alan Sugar, Greg Dyke, Rupert Murdoch and other broadcasting luminaries of the time unveiled the shiny new spoon intended to make the task of consuming football more pleasurable, doomsayers were queuing up to announce the game’s imminent demise. A not unreasonable assumption if the advert for Sky Sports’ coverage was any evidence, but fear that the English game’s purity would be diluted by a flurry of foreign talent was infectious and became a refrain that persisted throughout the nineties.

Against all odds, football survived and flourished; a fleet footed continental mixer adding an unexpected and thoroughly enjoyable flavour to English football’s earthy notes. A brief resurgence of hooliganism, increasing suspicions that governing bodies were more interested in glad handing and gifting than grassroots investment and many other obstacles threw themselves into the path of the Premier League’s progress, but with the assistance of an invested and increasingly agenda driven media, it hurdled them with panache. 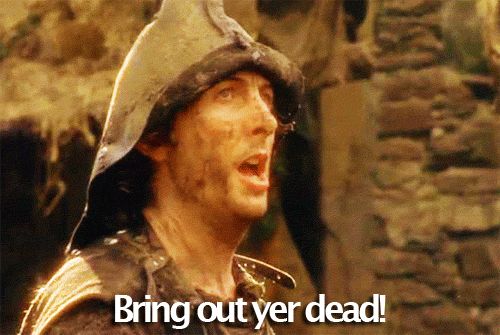 The English public is nothing if not resourceful, though. And once it became clear that financial doping wasn’t going to transform football into a skinny, hollow eyed memory of itself, we regrouped and by 2008 had located another bell to toll as a warning of impending demise. Newcastle United manager Kevin Keegan – whose effortless heroics on the pitch have been matched only by his utter ineptitude off it – broke the news in his own inimitable style.

“This league is in danger of becoming one of the most boring but great leagues in the world.” he told reporters, after a 2-0 defeat to Chelsea. “The top four next year will be the same as the top four this year.”

It’s only as I watch Leicester City easing through the gears against an extremely competent Sevilla side that I yearn for those days of dominance by the so-called ‘Big Four’. I’m not a fan of Arsenal, Chelsea, Liverpool and Manchester United and can’t say I enjoyed the relentless grinding against each other in fixtures that decided what colour ribbons would be tied to the trophy in May, but there was a structural integrity to the league then that does not exist now. How we railed against it then. And how, as we stand by and watch that integrity fray, we’ll mourn it when it’s gone. 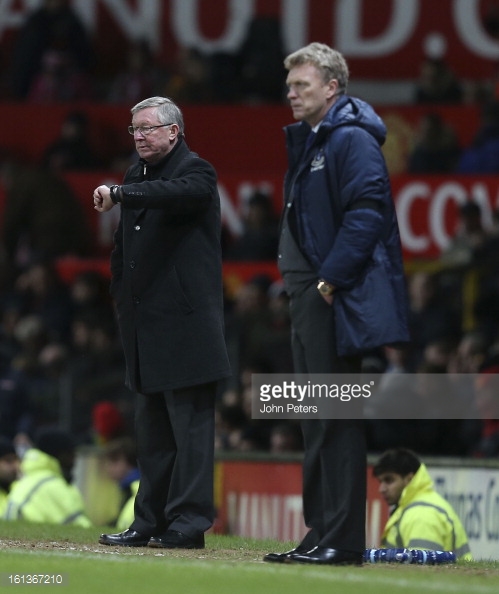 Football is mythology. A faith. In order for it to function, we have to buy into its tropes and conventions, even if in real terms they manifest themselves in the likes of Fergie-time; a now legendary watch tap that ensured Manchester United would always be given enough time to score a winner, regardless of the referee’s stopwatch. Being a football supporter is such a thankless business, filled with disappointment, touch line hypothermia and defeats snatched from the jaws of victory, that pig headed stubbornness is practically a necessity.

“I don’t care if they’re shit!” you announce as you slam the door on your warm cosy house to spend the afternoon sitting in a sub zero plastic seat watching eleven pairs of headphones run round a billiard table of unnaturally green grass feigning injury and failing to score. “They’re my TEAM!”

How easy is it to sustain the tropes in 2017? In recent seasons we’ve seen two teams suffer an inexplicable drop in form and cooperation that have, in both cases, resolved themselves as soon as the manager handed over his club tracksuits. Hull City, Cardiff City, Charlton Athletic, Blackpool and Leyton Orient are but a handful of clubs whose existences, either as businesses or cultural entities, have been threatened by owners whose financially motivated interests are in direct opposition to the fan’s wishes. Even Barcelona, whose recent achievements have done more than most to bolster the beauty myth, exposed onlookers to the ruthlessness of being prepared to do whatever is necessary to win in their recent match vs. Paris St German.

Even the role of England manager, a destructive job description at the best of times, hit a fresh nadir in September last year when Sam Allardyce was compromised over a pint of wine and rumblings about ‘getting around rules regarding player transfers’. He left the position with just 67 days and one game under his not inconsiderable belt.

Watching Leicester City perform tonight should have been thrilling. But as a believer in fairy stories, I’m thinking about Claudio Ranieri, the man who dragged the Foxes to a Premier League title that, at the time, was a high watermark in football folklore and grist to the mill of average clubs everywhere. Indeed, towards the end of the 2015/16, we were so tired of hearing how just ten minutes ago, Jamie Vardy was playing in the twenty-seventh tier of English football (someone’s mam’s garden, probably) that we threatened to burn all our Roy of the Rovers annuals if the pundits didn’t stop.

Nonetheless, anyone who did get a bit ‘hayfevery’ during Andrea Bocelli’s serenade of the abashed Italian was instantly declared an enemy of football and sent over to rugby for a season.

The Football Narrative lost its shit when the club sacked Ranieri last month, less than a year after that incredible moment. And while Leicester City’s resurgence in form has forced even the most grudging observers (me) to admit it was the right decision, the joy of that season will now always carry a bitter aftertaste.

We don’t blame the owners. We’ve seen too much damage done to clubs in recent years to have any illusions about what motivates them. But the surgical precision with which Ranieri was ousted – the audacity of players rewarded with fat contracts visibly playing within themselves to force the board into their desired change – was not only shameful, but a shattering blow to those myths that sustain us. 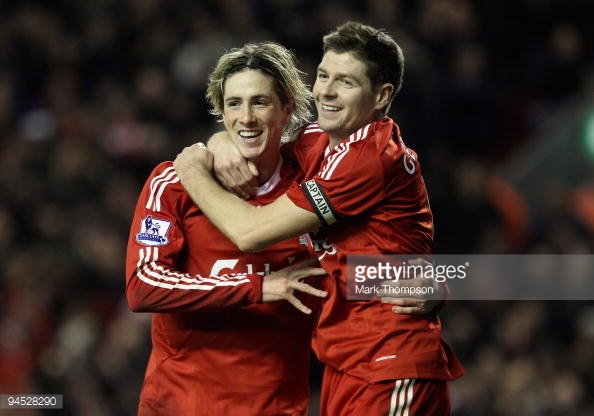 What do we have if not the illusion that our players are trying their hearts out on the pitch for us, week in week out? It is delusional, yes, but huge injections of cash, foreign players and the inevitable dominance of the richest clubs didn’t stop Fernando Torres from referencing a childhood fondness for Liverpool upon signing for them in 2007, or prevent images of a youthful Gareth Bale wearing a Real Madrid shirt going viral upon his transfer to Los Blancos. On some level, these impossibly rich, talented boys still understand how important that is and try to sustain it, even if they move to Chelsea four years later for £50m, or get a bit carried away and end up claiming allegiance to every club they move to, like Robbie Keane.

The truth is, football makes fools of us all. We buy into it, literally and figuratively, because those elusive rewards are so gloriously sweet and that’s our side of the bargain. We’ll be there, cheering you on regardless of how many times you lose the ball in the penalty area because you tried a clumsy Cruyff turn instead of smashing it into Row Z, but you have to return the favour by pretending you care and looking like it, too. Without that, we all start to look a bit daft.

At least some still respect the importance of football’s structural integrity. While Leicester City did indeed beat Sevilla and now await the Champions League quarter final draw with interest, Manchester City let Monaco overturn a 5-3 deficit last night in the Stade Louis II stadium and exited the competition with barely a whimper.

Same as it ever was, eh, City fans?