The crowded train carriage is rocking rhythmically. It might be accidental and you don’t want to come off like a screaming hysteric, but still. That leg, arm or pelvis pressed against you is uncomfortable and you’d rather it wasn’t there. Like when Mark from Peep Show put his hand on the bus seat and then Soph sat on it. He probably doesn’t even know and will be mortified if you were to call him out publicly. He looks alright. Not weird or anything.

Phew. You shifted and the contact is broken. That could have been really awkward.

Shit. It’s back. That pressure is back. You look around. The train is so crowded. The pressure doesn’t feel accidental any more and it occurs to you how ludicrous this situation is. There must be forty people in this carriage, maybe more, all crushed up against one another. No one else is complaining. Not every bloke is a sexual predator, are they? He’s probably thinking about work and is just trying to make himself more comfortable. You steal a glance over your shoulder.

Expensive suit, possibly made to measure. Pocket square and the thousand yard stare of the commuter. He doesn’t look like a perv. Just relax.

Fuck. He’s moved his leg. He’s moving his leg. You can feel it against your thigh and backside. A better woman would call this out but the concepts of self-confidence and your right to safe spaces that seemed so empowering when you learned about them are but vague intangible shapes in the distance as the train begins to slow. Your throat has closed and your breath is so shallow you’re afraid you might pass out. You grip the metal post with a slippery, cold palm and look about you, praying for eye contact and there’s none but all the time you can feel that insistent, unwanted repetitive pressure.

Suddenly the doors slide open and the pressure lifts. You’re so relieved that for a second you don’t think to turn your head and get a proper look at the man who’s just invaded your space and made you think about whether you should ride your bike to work instead, because the heavy traffic and weather suddenly seem better than this.

Maybe you’re just afraid that if you turn, you might make eye contact with him and there will be no doubt he meant it. You know that if that happens, you won’t be able to get on that train again. Ever. Just in case.

You snatch a look and see the back of his head subsumed by the crowd. You’re still snatching breath and prevaricating above the gap when someone pushes and you realise you’re blocking the exit. Almost without thinking, you give way to the new pressure and allow yourself to be buffeted onto the platform before the train pulls away.

A sign above your head catches your eye. A young woman’s face superimposed with the words ’Report it to stop it.’ As you move from the station you see the transport police office and you might be moving towards it. You’re ok but what if he was doing it to a more vulnerable person? You could help. But what are you reporting? A man might have touched me on a crowded train?

You hesitate. How do you even say that? People move around you like water but you’re frozen in space as you weigh it up. Imagine if they did catch him. You’d have to identify him, there’d be a thing and you’d be the accuser. They might say you’re lying and how will you prove you’re not?

Your phone rings. It’s your mum.

Her voice makes you want to weep and collapse like a little girl into her arms but your hesitant to even mention it to her because she won’t really understand what you’re talking about.

“I’m fine.” you tell her. And it’s gone. Until the next time you’re in a train or a crowd. 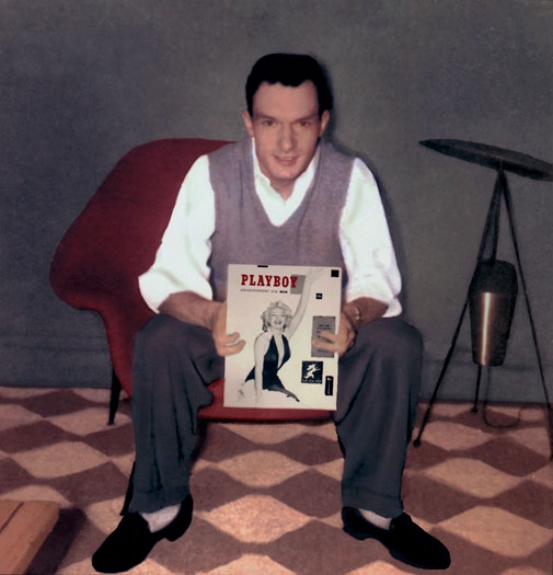 Hugh Hefner’s dead. Marilyn Monroe is dead. His body will be placed next to hers because he deliberately bought that plot in 1992 for $75k, because “Spending an eternity next to Marilyn is too sweet a deal to pass up”.

I guess he thought that being buried next to an icon like Monroe would say something about him. Many people consider him to be a legend, whose charity work and ‘releasing of female sexuality’ set off the darker aspects of his influence, which essentially defined male sexuality for all of us.

And Hefner was right. It does say something about him. Having obtained semi-nude photos of Monroe that were taken when she was young and desperate for money, he published them in Playboy and a brand was born.

Clearly he’s always wanted proximity but the fact that it would have been non-consensual apparently didn’t occur to him. Or he didn’t care. Either way, he had to wait until they were both dead before he could achieve it.

For me, that’s a fitting legacy for a man whose entire life was dedicated to training men that she really does want it. Fellas, just be patient and if your increasingly obvious advances don’t somehow inspire her to respond, just wait.

If you’re persistent enough get what you want in the end regardless. Whether she wants it or not.