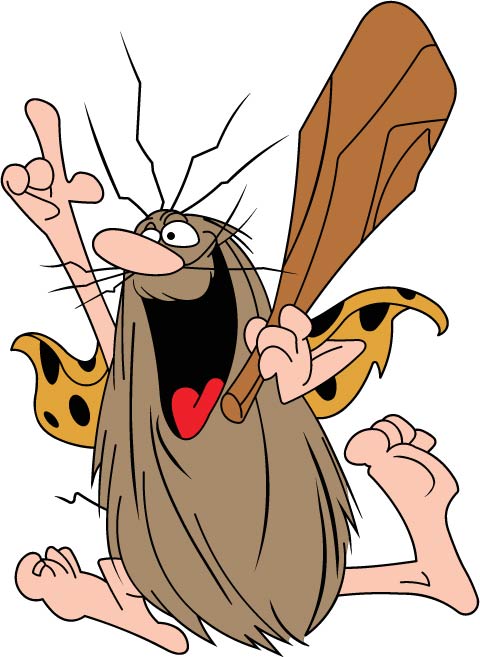 My subconscious is definitely smarter than I am. Unfettered by me, it would probably have passed loads more exams than I did, gone to uni, been a proper person, made good contacts and given itself the best possible run at a career in writing.

My subconscious had it easy though. It was able to see life clearly, assess it and identify a sensible, well lit path for it to follow to the required destination. Sign posted and everything.

I emerged onto that same path in the midst of a fistfight with a foe I wouldn’t get a good look at until I was in my early thirties. Every step I took, every decision I made was taunted by this relentless, petty creature, who liked to lounge on my back and critique my progress, desperate for a misstep so it could remind me how the whole thing was my own fault because I was crap.

Why this malevolent yet massively tedious creature alighted upon my shoulder for the journey, I’ve no idea. The depressing truth is that it’s of no consequence. I could (you could argue I did) spend a lifetime looking but it’s hard because I use all my energy negotiating with this thing so it’ll piss off into the bushes occasionally and I can edge forward a few inches before it returns with its mates and laughs at me while throwing eggs and loo roll.

Many have it worse than I do. Their burdens are heavier, more intrusive, sometimes violently disruptive and they must bear them alone, without help. I can imprison mine and operate quite ‘normally’ for extended periods of time. It always escapes in the end, mind, and he’s usually so angry his revenge isn’t worth the brief respite, but at least I get a bit of peace.

I honestly thought that was the best that I could hope for. Then I went to Greece for a week and although I tried to leave it at the airport, it sneaked into my hand luggage and was waiting in my hotel room when I got there. Dressed in a bathrobe with the belt loosened. The holiday was an average 8.4 on the Anxiety Index and I made a vow to myself that I would sort it out, regardless of the inevitable histrionics. I made an appointment with a therapist, ignored its increasingly shrill protests to cancel, nearly cancelled it twice, then went.

Actually, it’s not entirely fair to blame my monster when I had my own preconceptions about what the kids are calling talking therapy. But let’s be honest here, if talking was the answer to my problems I’d have solved them myself because I am brilliant at talking, both out loud and in my head. Especially in my head. I was confident my monster would just go bush for a few weeks, then turn up and soil my freshly laundered sanity with its foul odour.

Neither it nor I factored in EMDR. Mostly because we’d never heard of it.

You can read about EMDR and Francine Shapiro, the psychologist who developed the therapy here, but in short, Eye Movement Desensitization and Reprocessing (EMDR) helps the brain process traumatic events from the past by opening up a channel of communication between the conscious and subconscious minds.

A channel my monster had been nesting in for some considerable time.

A couple of therapy sessions passed without incident. I struggled to describe in meaningful detail the things I thought were ‘wrong’ with me, realising too late that describing your darkest fears and hang ups to a complete stranger while they make notes is an act of bravery in itself. The stuff I’d earmarked as potential causes of my anxiety prompted didn’t provoke any wailing or gnashing of teeth when they were dragged out for display purposes. My monster watched all this with interest, cleaning his teeth with a icepick from his favoured vantage point of my left shoulder.

Honest to god, when the therapist handed me the EMDR tappers (two vibrating paddles that stimulate different sides of the brain) I thought he was going to ask me to fix them to my temples. I was so desperate by this point I probably would have done, if only to emulate Sylvia Plath for a bit.

If I had, my head might have exploded. In a way it did. With the tappers vibrating in my sweaty hands and my eyes closed, I was told to focus my mind on a particular event and allow it to run free.

It was messy and traumatic. I cried a lot in front of a bloke I don’t know. Missed my Dad in a way I never have before. Events, upsetting and otherwise, appeared mind fully formed, strolled past me and left. I was so tired I could barely move after the first two sessions and felt properly suicidal twice. A comprehensive list of things I generally try to avoid where possible. I seriously contemplated abandoning therapy completely and spending my hard earned on something useful. Like a new pair of trainers. I would have done, too.

Except…. it worked. I feel better. Like someone has been into my head, evicted my monster and got those crime scene cleaner people in to deal with the mess. As a direct result of EMDR, I’m more focussed on my work, less fearful of engaging with people and optimistic that even if I do turn my ankle in front of a group of pedestrians, I’ll survive to live another day. The weight on my back has gone. I’m so used to operating from beneath it that sometimes I don’t know what to do but just run about appreciating the unbearable lightness of being. I feel a bit like this dog.

It’s great but I wouldn’t be me if I didn’t find the whole thing mildly disconcerting. Right now my path is clear but doubts remain. If I was I really that ill, how did I recover this quickly? Is my monster biding his time somewhere, listening for the familiar sound of me breaking open so he can scuttle back in and rebuild his nest? If I does, am I more equipped to fight or will I just capitulate?

I’ve got no idea. How can I even speculate? If I’ve learned anything, it’s that the human mind is an insurmountably complex organ. We will never know the depth or breadth of its capabilities. And yet, like the mainframe of computer system, it can be hacked with a set of instructions and the right bit of cabling.

Terrifying. But at the moment I’m having too much fun to worry about it.

One thought on “EMDR: There goes My Monster”