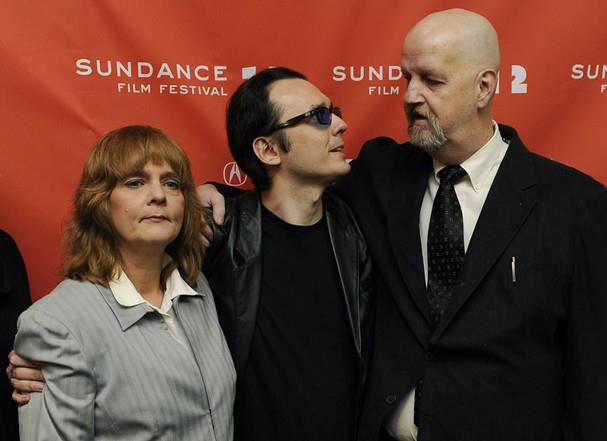 In the centre of this photo is the WM3’s Damien Echols. The guy on the right is the father of one of the boys Echols received the death penalty for murdering in 1994. It was taken at the Sundance Film Festival, where the latest documentary about the highly controversial case was being shown last weekend.

Regardless of whether you believe John Mark Byers’ latest claims that he believes Echols and his co-defendants Jessie Misskelley Jnr and Jason Baldwin are truly innocent of the crime, or like many, you think it’s a smokescreen to prevent suspicion to fall on him once again, this photograph would never have been taken if Echol’s punishment had been imposed.

Which is pretty sobering.