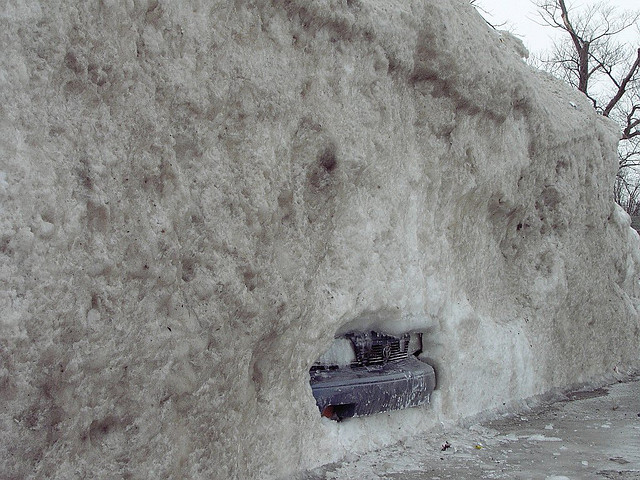 You know, I think we’re a bit beyond a spray on de-icer here.

Once upon a time,  a truck load of snow dumped over my house would have sent a shiver of excitement up my spine.

It wasn’t just the school closure that inevitably followed such an event that thrilled me. School was closed at other times of the year too, but only snow, lots and lots of snow, saw me actively encouraged by the responsible adults around me to engage in all manner of dangerous and anti-social behaviours that were strictly prohibited in other seasons – building effigies in the garden and festooning them with produce purloined from my mother’s vegetable basket, throwing dangerous missiles at other people and piloting my own craft (constructed entirely from binbags, wood and bits of plastic) over steeply graded terrain at extreme speeds with no brakes.

But when you’re a grown up, the sense of immortality that encourages you to engage in the kind of activities that end in thrilling injury and worrying bloodloss has passed, hasn’t it? A snow covered garden should be met with a gentle sigh or raised eyebrow of indifference, shouldn’t it?

Yes. If you’re a proper grown-up. If you’re like me, it’ll go a little more like this.