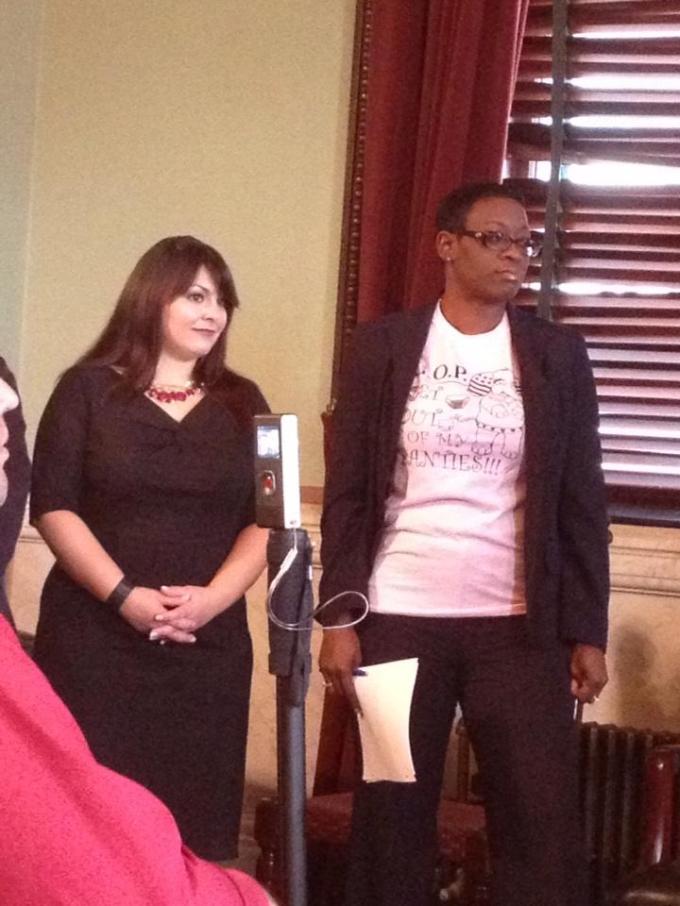 The woman on the right in this photograph is Nina Turner, a Democratic State Senator in Ohio. She responded to a Republican Party attempt to de-fund Planned Parenthood by wearing a t-shirt suggesting the acronym ‘GOP’ actually stands for “Get Out of my Panties“, not “Grand Old Party”, as the Republicans would have it.

Bold policy statements from female politicians on such matters are not new. Last year, Oklahoma Senator Judy McIntyre   made her thoughts perfectly clear on the subject of a Fetal Personhood Bill through borrowed & bawdy signage, while Senator Constance Johnson’s handwritten amendment to the same bill caused shock, awe and much knicker wetting among the Republican faithful.

In other news, Nadine Dorries, Tory MP for Mid-Bedfordshire, went on TV gameshow ‘I’m A Celebrity, Get Me Out Of Here’ to promote her controversial views on abortion. Last night she ate an ostrich’s anus on live TV.

National pride is coursing through my veins as I write.