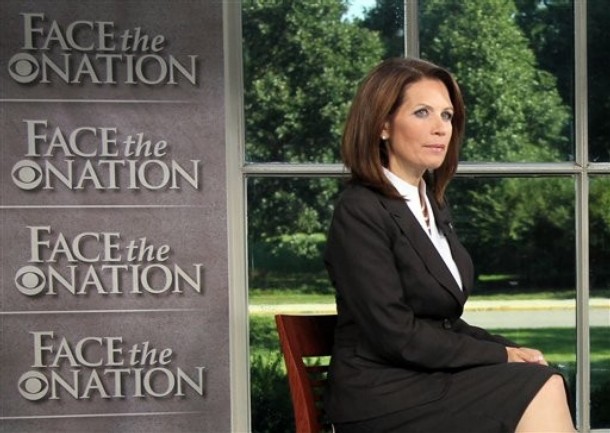 Michele looks around nervously for ‘The Nation’. She doesn’t know exactly what it is, but it might contain gays. Image: AP Photo/CBS News, David Peterson/Daylife.

The same woman who went to Iraq and compared one of Saddam Hussain’s former palaces ‘to a mall’? The one who thinks that swine flu might be a democrat conspiracy? So what you’re essentially asking, Ange, is whether women with an interest in equality should support a person who implied that Melissa Etheridge got breast cancer because she’s gay?

Er no. In fact, no one should support Bachmann. Not because she’s a right-wing, homophobic, Christian fundamentalist, though. Because she’s clearly an effing tool.