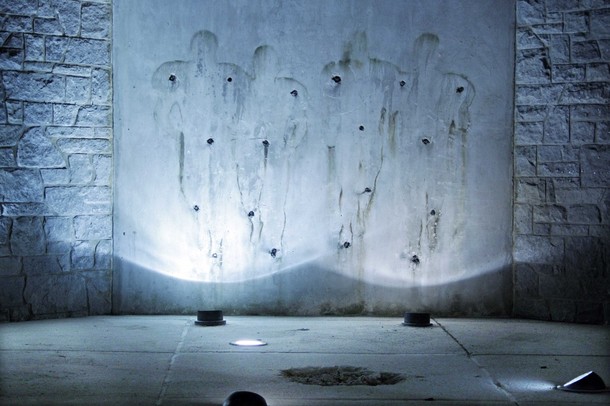 Ten days after the FBI reported that former Penn State football coach Joe Paterno had concealed allegations of child abuse during his tenure, his statue has been removed from outside Beaver Stadium.

All that remains is four ghostly images of wounded, unnamed footballers. Spooky, that.