“This is my great aunt Mildred during the depression. She died soon after this photo was taken – wish I could have met her.” (user: lemondoodle) All images via reddit.

The only downside to the rampant cynicism you develop whilst exploring the tattered underbelly of the internet is it’s ingratiating nature. Having one’s preconceptions confirmed about the selfish, unpleasant and occasionally nauseating behaviour of your fellow man is curiously more-ish, and it isn’t long before you begin to view everyone through the same hypercritical, non-empathetic lens. 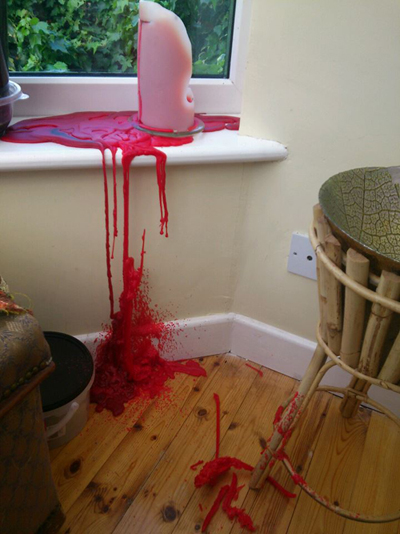 I know this because while I was congratulating myself for confirming, yet again, that the invention of the internet was the beginning of the end for the human race, I accidentally surfed my way onto the reddit Pics thread and, horror upon horror, had an actual emotional moment.

In amongst the usual frat boy fayre are some genuinely funny, moving and thought provoking reminders of the humanity I had only previously dreamt about. I felt the need to publish a few of them here with their original captions, just as a reminder as myself that it was real, and to you lot as proof.

Call me soppy if you will, but I warn you. My emotional moments tend to be unexpectedly swift in their arrivals and departures. I could revert to type and douse you with a freshly made and blisteringly hot Pot Noodle at any second. Don’t get comfy.

“You know you’re in the country when…” (user: lifeguardEnts)

“They asked if I wanted a free cupcake…goddammit.” (user: meunka)