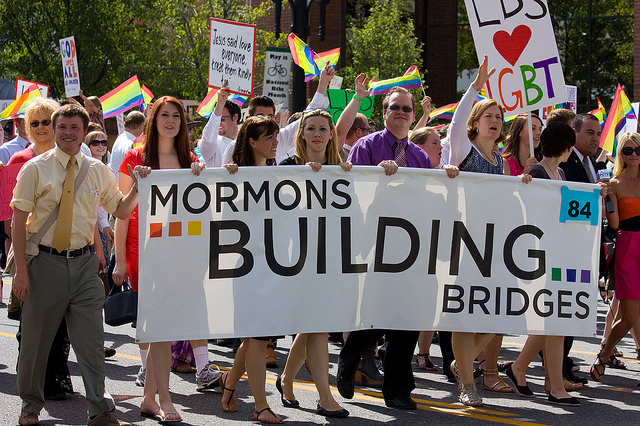 With an eternal perspective, a person’s attraction to the same sex can be addressed and borne as a mortal test. It should not be viewed as a permanent condition. Though some people, including those resisting same-sex attraction, may not have the opportunity to marry a person of the opposite sex in this life, a just God will provide them with ample opportunity to do so in the next.

This, gentlepeople, is the Mormon church’s attempt to cope with the reality of gay marriage. Historically, the Church of Jesus Christ of Latter Day Saints has bitterly opposed same sex unions, heavily contributing to campaigns against it. But having realised that this stance is affecting individuals already committed to the church, they appear to be softening their approach. Their  new website, mormonsandgays.org, advises that if one simply can’t resist their gay urges, they can make up for it by marrying a member of the opposite sex in the afterlife.

Alright, it’s early days. But at least they’re making an effort, no?

One thought on “Mormons & Gays: A Step In The Right Direction?”