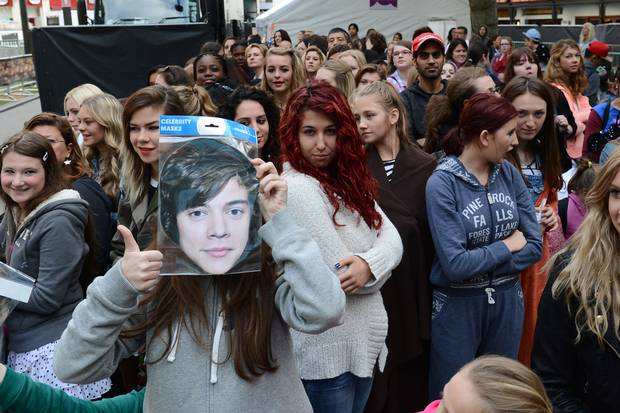 I’m about 104 years past the median age of One Direction’s target demographic. I think their music is shallow, mechanical pop of the lowest order,  with lyrics specifically tailored to titillate and exploit the first flushes of sexual maturity in teenage girls.

Despite all this, I’m still uncomfortable with the media propagating the hysteria by reporting it, and then seeking to legitimise their coverage by pointing out how irrational and disturbing the resulting behaviour is. When a teenage girl is threatening to kill people for dating a member of the band, or herself because she can’t meet them, it should be a source of concern, not smart-arse articles describing them as ‘witless devotees‘