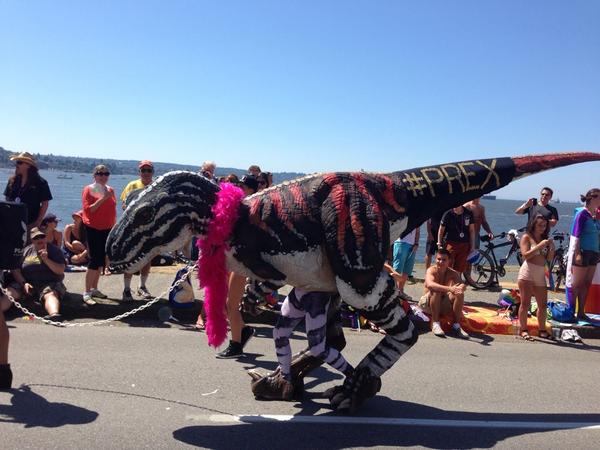 Vancouver’s Gay Pride parade was at its understated best this weekend.

It all began innocently enough, with the usual array of decked out dinosaurs and furry gents in tutus stealthily making their way down Vancouver’s main streets.

Public expressions of homophobia in the Vancouver area recently are believed to have prompted marchers to take a lower key approach than usual.

In fact, many residents would have been hard pressed to notice there was a parade going on at all.

H/T @PeterMeiszner for the fabulous Velociraptor.