So Hollywood has spotted their awkward boy’s potential. 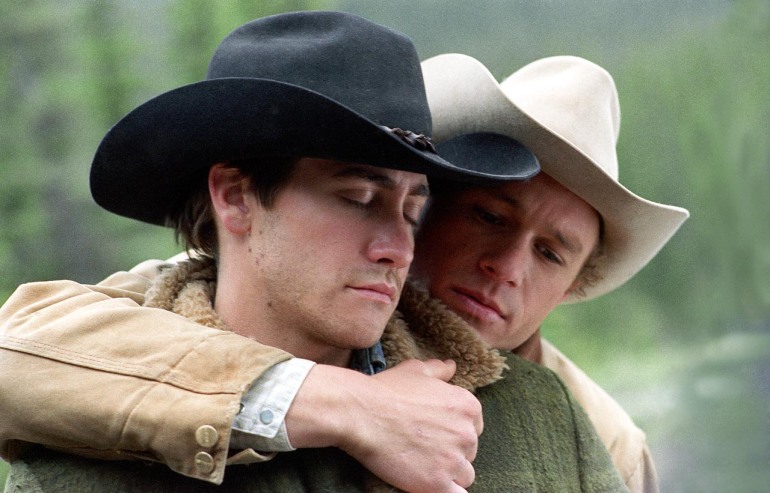 It’s about time. Donnie Darko was an astonishing turn for an actor of 21 and Jake Gyllenhaal’s habit of peppering his filmography with peculiar characters and challenging stories has been reassuring for those who find the conventions of mainstream cinema a little too prescriptive.

The thing that’s kept the executives interested in Gyllenhaal (aside from his ability to get a haircut and instantly become those male lead movie trope roles – soldier, police officer, journalist, prince)  is his virtually unique ability to channel what Middle America might perceive as deviant behaviour into a format viewers will find acceptable. Brokeback Mountain had everyone rooting for his gay cowboy. Rendition sought to explain ‘advanced interrogation techniques’ way before it was trendy. Jarhead presented us with the uncomfortable mental and emotional trauma inevitable when a country sends young men into combat zones with instructions to kill.

With Nightcrawler, we see Hollywood acknowledging his unusual talents and simultaneously earmarking him for great things.

Louis Bloom, the tenacious, well read and quick thinking lead, is intended to be Gyllenhaal’s De Niro moment. We meet him as he applies for a job at a breaker’s yard after negotiating the sale of a load of stolen goods. When he’s inevitably turned down, we see the first glimpse of his true nature – he’s entirely unphased by the rejection despite seemingly desperate for the job – and the scene is set for the sociopath to find his true calling.

Nightcrawler. It’s self-explanatory, but as with everything seen through the unique prism of LA, what was once the descriptor that brought to mind life’s nocturnal no-hopers tooling around a city’s streets after dark, it has now evolved into a job title. Nightcrawlers have cameras and police scanners. They chase ambulances and rush to crash scenes, plane crashes, home invasions and shootings, hoping to beat their rivals to footage of the frantic moments of a violent incident so they can sell it to TV networks desperate for ratings.

Louis Bloom is a natural. He’s a strategist, approaching each problem he encounters by educating and ingratiating himself with the people who can propel him up the ladder. He has no emotional or moral response to human suffering, enabling him to travel more deeply into it than his competitiors. Only in a world this twisted could someone as Louis Bloom thrive.

Like any convincing anti-hero, Bloom is a product of his environment. Indeed, the gaudily lit streets of LA, its dark alleyways and overflowing dumpsters, fast moving traffic and the constant, relentless background noise should receive an acting credit, it’s so vital to the narrative, but critically, the film’s biggest flaw was born and bred there too. The hardboiled, dispassionate actions of Bloom are an exaggeration of own desensitisation towards violence, gore and the pain of others, and the logical conclusion of that is not really caring about anything, including Bloom. He, like everything in his world, is just a cog in a machine that demands to be fed.

We don’t care about cogs. We don’t want to know they’re there, with their feelings and needs. We concentrate on the machine and its output, it’s shiny, beautiful, thrilling output that offers an excitement and promise of a better life.

Louis Bloom is Travis Bickle without Vietnam. Rupert Pupkin without the tantalising possibility of fame. The defining event of his generation was the democratisation of news coverage and the resulting pursuit of viewing figures through ever more lurid and gratuitous pictures. There’s no humanity to latch onto, just an awareness of the increasing speed with which we’re plummeting into an abyss and the realisation that we can do absolutely nothing about it.

If anything, Gyllenhaal does his job a little too well. The fault is not with him. The Method is alive and well and living in his tousled head, and he presents the gaunt, dead-eyed Bloom with a dexterity and aplomb that his iconic forebears would approve of. The film, while entertaining, is just a bit too neat and tidy. Given the subject matter and the talent involved, there should be more peril, less predictability. Bloom’s entry into the world he wants to rule is straightforward, a step by step process, that while interesting, is predictable and safe, with errors of judgement but no missteps.

He’s not really recognisable as a human being. Travis Bickle had love, even if the way he chose to show the world was unconventional. Despite the character being unflinchingly insane, De Niro evoked empathy from his audience with Rupert Pupkin in The King of Comedy, which, some thirty odd years after its release, remains one of the most satirical and acerbic takes on American media culture that exists.

It isn’t director Dan Gilroy’s fault that media culture has become so callous that attempting to comment on it leaves the viewer emotionally unaffected. But as Scorsese recently proved with The Wolf of Wall Street, it is possible to make a film about man’s inhumanity to man that provides a lasting impact.

The moral to this ambigous story lurks in there. Probably.

Error: Twitter did not respond. Please wait a few minutes and refresh this page.