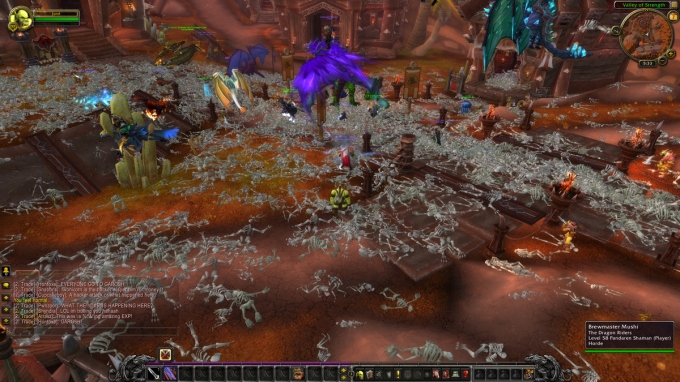 Earlier today, certain realms were affected by an in-game exploit, resulting in the deaths of player characters and non-player characters in some of the major cities. This exploit has already been hotfixed, so it should not be repeatable. It’s safe to continue playing and adventuring in major cities and elsewhere in Azeroth.

As with any exploit, we are taking this disruptive action very seriously and conducting a thorough investigation. If you have information relating to this incident, please email hacks@blizzard.com. We apologize for the inconvenience some of you experienced as a result of this and appreciate your understanding.

Blizzard Activision statement on the World of Warcraft hack.

Oh, you science fiction writers. There you were back in the days of paper, pens and wild imaginations, predicting that future generations would live our lives in alternate realities so overwhelmingly pleasurable and free from the constraints of ‘real life’  that we would forget to feed ourselves and rot in our own gaming chairs. Which would be full of our own urine.

Anyone worth their scientific salt should have factored in the irrepressible desire of human beings to destroy what has been created just because they feel like it and they can. I’m not a player, but if this hack on World of Warcraft has caused as much devastation as the creator’s press release suggest, virtual reality enthusiasts would probably do just as well taking on their local transport infrastructure.