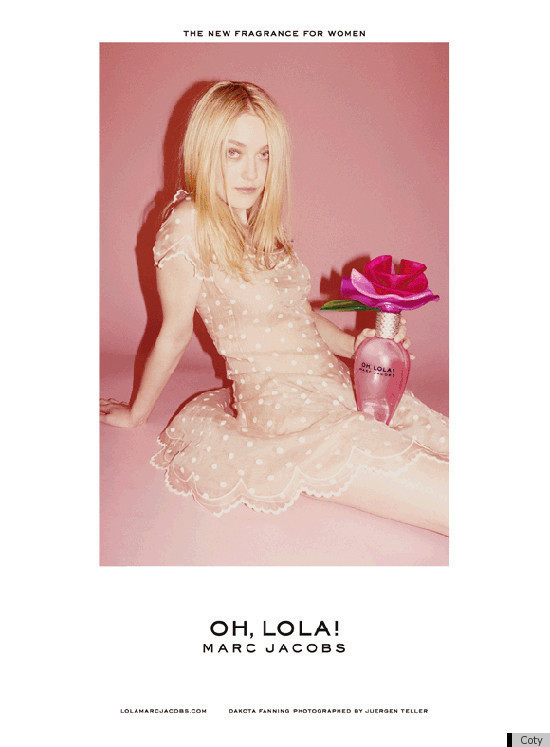 Is this advertisement for designer Marc Jacobs fragrance ‘Oh Lola’ sexually provocative? The British Advertising Standards Authority have banned the ad after complaints from the public stated that it’s imagery turned the model (actress Dakota Fanning) into a sex object.

One day, the rest of the media will figure out what the fashion industry have known and exploited for years. You can’t buy the kind of publicity a ban gives you for free.