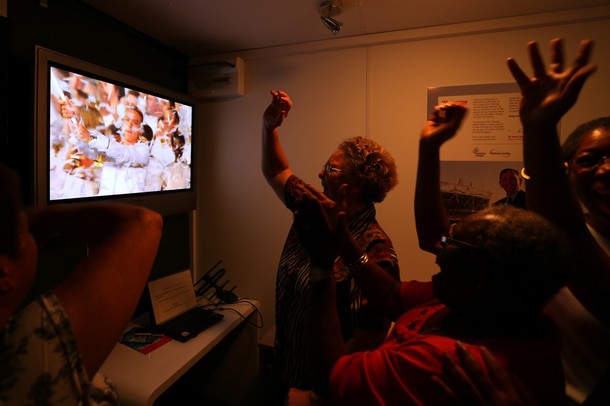 In a departure from the usual cynicism and snark you come here to enjoy, I would like to present a list of things that have given me cheer in the last week or so. This is no way indicative of a change in direction for the site, it’s more of an experiment –  the ‘Vol 1’ of the title is rather more in hope than expectation, as it’s entirely more satisfying to be sarcastic about events than to try to find a positive.

1. The Olympic opening ceremony was absolutely blinding. How Danny Boyle managed to locate and showcase the true essence of what it means to be British beneath the stifling self-loathing and hubris we usually present to the world, I don’t know. The man is a wonderworker, and I say this as someone who last enjoyed a Danny Boyle film in 1996.

Further entertainment was provided by Tory MP Aidan Burley, who described the ceremony as “leftie multicultural crap“ and kicked off an interactive Twitter game where everybody got to lambast him for being a f**ktard. Even his Conservative colleagues joined in. Sacrificing your political reputation for the enjoyment of the nation? And they say politicians lack commitment. 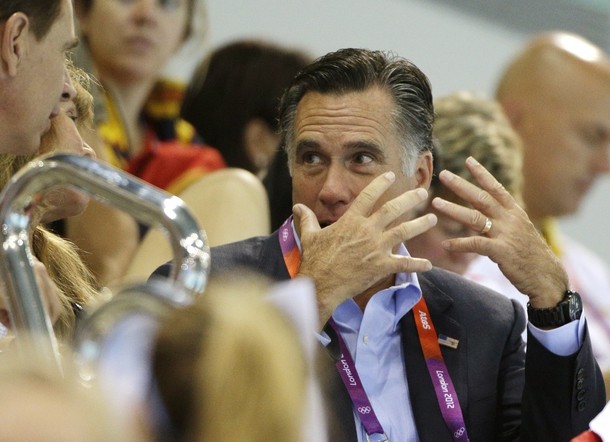 Mitt Romney describes to a group of Olympic spectators how the gaffes just keep on tumbling out of his mouth. Image: AP Photo/Michael Sohn.

2. US Republican presidential candidate Mitt Romney is still in town. In case you haven’t heard, on his travels so far he’s managed to publicly question whether London is capable of hosting an international sporting event, given Boris Johnson the opportunity to shout ZOINK! at a bunch of bewildered music fans and forgotten Ed Miliband’s name when he was talking to him.

I’m prepared to accept that I’ve done these things too (apart from offering Boris the chance to make a tit of himself, he can do that without assistance, thanks), I’m not running in an election to decide the who the next leader of the free world is. Some commentators are predicting an ‘international incident’ before Mitty leaves these fair shores. Pull up a chair, people. 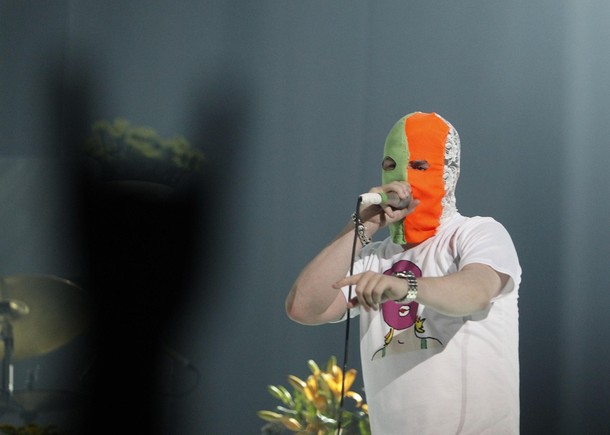 3. Red Hot Chili Peppers and Faith No More have thrown their weight behind a campaign to release jailed feminist punk band Pussy Riot. The musicians, Nadezhda Tolokonnikova, Yekaterina Samutsevich and Maria Alekhina are charged with hooliganism after an performing a song in a Moscow cathedral.

It has been reported that the campaign to free them was hoping for support from Madonna, who will be appearing in Moscow next month, but when asked, she hadn’t heard about it. But then, she’s been busy messing about with Nazi symbolism and guns, so it’s only to be expected.

I think a touch of cynicism *may* have slipped in there, but overall, I feel pleased that I’ve done my bit to make the world a happier place.  Now I can rip into some other hapless fool with a clear conscience.

Ooh, and while we’re on the subject of radical change, this site can now be reached by typing kellywelles.com into your favourite address bar. Masochists can stick with the crowd pleasing 27 letter baggytrouseredmisanthropist.com address if they so wish. It’s all about having the option.