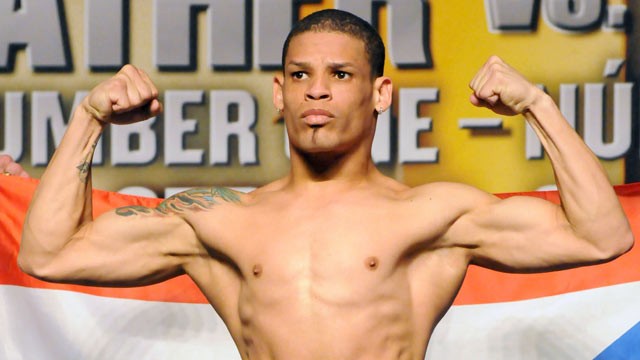 Amazingly, while several thousand people will be prepared to shout homophobic abuse at Cruz, very few are likely to tell him what they think of his proclivities to his face. Image via abcnews.com.

The macho perception of football and the subsequent attitude of fans was recently cited by The Secret Footballer as the principal reason for there being a grand total of zero ‘out’ gay players in the English Premier League.

TSF – whose book confirms many of the myths you thought you knew about elite football, but were afraid to ask – rightly points out that this is ironic, given that:

…anyone watching players arriving at a match for the first time could be forgiven for thinking the game was played exclusively by homosexual men, such is the attention to detail given to hair placement, general attire and a luxury gentleman’s wash bag…

There’s an implication in the article that many players are used to and don’t particularly mind being on the end of homophobic abuse if they’re not gay, but would find it damaging and upsetting if they were. It’s a very fine line, but the perception is that stepping over it would create problems for them psychologically, which in turn would affect their performance and therefore their career. It just not worth it.

If footballers, who play on a field surrounded by team-mates and fellow professionals, who are protected to a point by officials, heightened awareness and campaigns, feel that their performances could be significantly compromised by their coming out,  imagine what it must have taken Puerto Rican boxer Orlando Cruz to take that step.

Not only does he currently participate in one of the few sports considered more macho than football – you are actively encouraged to punch an opponent in the face, that’s still frowned upon in footie – but he will take the brunt of any backlash personally. A proportion of fans will grapple with the implications of being seen supporting an openly gay man in a fight before going ahead and doing so anymore, many more will use it as a convenient stick to beat him with.

If he can channel the attention, the abuse and the support he will invariably receive as a result of his brave decision into his performances, the possibilities are endless for the fourth-best featherweight in the world today.

If he can’t, his career, his very life, may be ruined.

Maybe that line isn’t quite as fine as we, on the outside, think it is.