Unlike last year, there were no deaths on the track on the opening day of the Cheltenham Festival – a four day horse racing event during which those residents unfortunate enough not to be landed gentry stay at home to avoid the now traditional triumvirate of verbal abuse (tits… TITS, oi luv, did you hear me, you’ve got TITS!), vehicle gridlock and vomit.

There was still plenty of scope for enjoyment for those who believe that humans are the pinnacle of evolution and use it as an excuse for acting like uncivilised morons, though. Fur abounded, with course stalls reporting record sales of coats and hats made of fox, beaver and rabbit, with one racegoer who had reportedly just dropped £2400 on a mink coat declaring it made her look “glamorous” and that critics “do not know what they are missing“.

Personally, if you’re that much of a fan of human beings and their endeavours, I would have thought that a more effective way to express it might be to wear a garment that celebrates it – the development of man-made fibres was, after all, a watershed moment in scientific discovery. 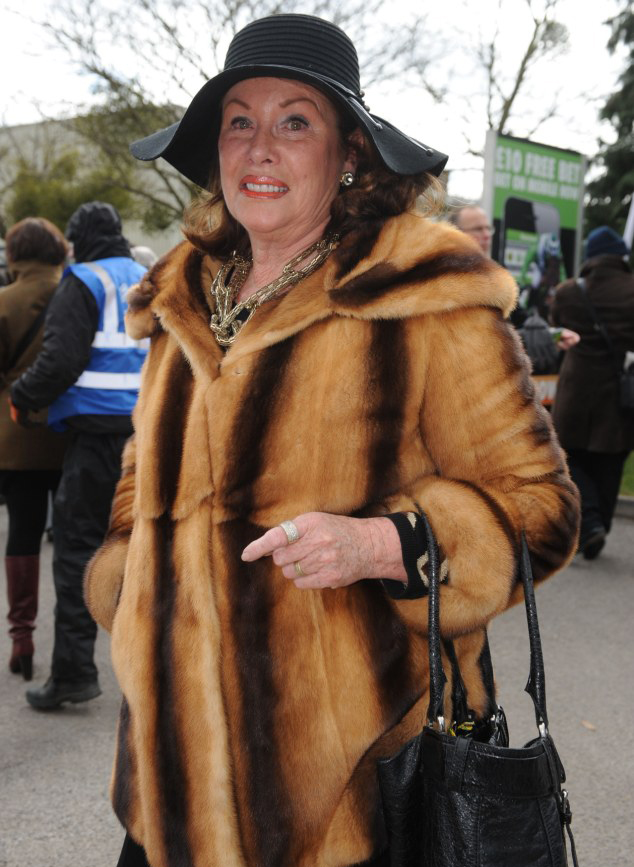 But then I’m trying to reason with the likes of Mrs Shirley Overbury (above) who thinks she looks glamorous in her exciting new mink.

I’m figuring it’s fairly likely the only common ground we will ever share is the pavements of Cheltenham. Hopefully not at the same time though.