I was obsessed with the Titanic when I was a kid.

I had a hardback book about it, passages of which I could recite verbatim, and a National Geographic video of Robert Ballard’s 1985 expedition to locate the wreck, which I watched until the modern day footage was as grainy as the images they took from the bottom of the Atlantic.

Suffice to say, after the novelty of a seven-year-old babbling on about impact zones, deep sea pressure changes and steel corrosion had worn off, my parents started locking me in my bedroom when we had guests.

These days I’m less interested in cruise liners, but finding out that someone has used digital clevery (a technical term) to map the ship as it lies on the ocean floor and then made a TV programme about it thrilled the peculiar child that still lurks within my adult form.

But as with most things that occupied my mind at that age, the adult perspective is a bit different and significantly more depressing.

While the  computer generated imagery in Drain The Titanic is compelling and offers an entirely new perspective on a narrative that has remained largely unchanged for 103 years, it feels a touch ghoulish to be viewing the last resting place of over 1500 people. The kid that was me was probably titillated by the fear it provoked but as the camera began staring intensely at passengers’ personal effects lying scattered across the ocean floor, I realised that the line between ‘historical interest’ and ‘morbid curiosity’ was blurring.

Even more uncomfortable is the fetishisation of these effects, some of which have been removed from the ship and brought to the surface. There is an argument that the Titanic is a site of archeological interest and the scientists working on it are trying to give a voice to the ordinary, forgotten victims of the tragedy, but I’m not buying it. 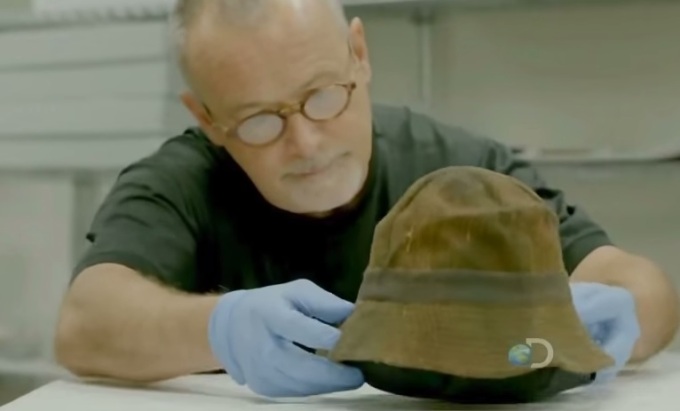 As a sepia toned picture of a boy whose schoolbooks were found and retrieved is shown, we’re told how tragic it is that many of the victims who died that night were seeking to make a new life for themselves in America. We watch as a historian carefully examines a hat, turning it round with a reverence usually afforded to delicate china or unstable chemical compounds, and feel sad to think the person who wore it had hopes and dreams and fears like we do.

But, with the best will in the world, it’s nothing but self-indulgence. If we genuinely cared about hopes and dreams and fears, the rights of people to try and make the best life for themselves in a land that has the infrastructure to enable them to do that, we’d be a damn sight more interested in those people risking their lives doing the same thing today.

It’s estimated that more that 1800 migrants have died trying to reach Europe from Africa so far this year.  Who’s carefully examining their clothing and recreating the scene of their death using technology? Who’s asking whether it’s right that we, as beneficiaries of a biological accident that saw us born ‘here’ instead of ‘there’ or ‘then’, should be standing for organisations creating digital re-enactments of past tragedies to titillate us when the money could be used to avert the possibility of the same thing happening again?

What the hell is wrong with us? Our technology might be cutting edge but our universal sense of morality is still flapping about in its own shit, isn’t it?