I checked my phone three times while watching The Social Dilemma. The documentary is about an hour and a half long, meaning I averaged a pick up every thirty minutes or so. It’s only fair to tell you that I resisted the temptation to pick it up another six or seven times because I’m painfully self-aware. Scrolling while half-listening to a twenty-something tell me my mind is being penetrated, data harvested and my psyche transformed is too satirical, even for a woman of my tastes.

Now I really don’t want to pick my phone up at all.

END_OF_DOCUMENT_TOKEN_TO_BE_REPLACED

I was obsessed with the Titanic when I was a kid.

I had a hardback book about it, passages of which I could recite verbatim, and a National Geographic video of Robert Ballard’s 1985 expedition to locate the wreck, which I watched until the modern day footage was as grainy as the images they took from the bottom of the Atlantic.

Suffice to say, after the novelty of a seven-year-old babbling on about impact zones, deep sea pressure changes and steel corrosion had worn off, my parents started locking me in my bedroom when we had guests.

END_OF_DOCUMENT_TOKEN_TO_BE_REPLACED 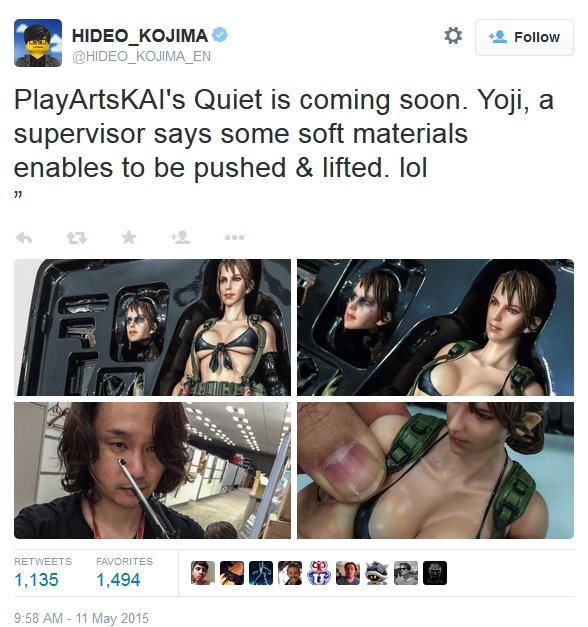 Those ‘soft materials’ are located in and around the breast area, in case you’re failing to keep up.

Unlike Metal Gear Solid character Quiet’s boobs on this soon to be released ‘action’ figure.

END_OF_DOCUMENT_TOKEN_TO_BE_REPLACED

As usual when I woke up the this morning, the gallons of cranial fluid occupying the space where my brain should be sloshed over the first available distraction; a news story about two companies being chucked out of the DSEI (Defence & Security Equipment International) 2013 event for “promoting illegal weapons & torture equipment“.

According to the Green Party MP Caroline Lucas, Magforce International and Tianjin Myway were peddling “handheld projectile electric shock weapons, weighted leg cuffs and stun batons” among their other wares, which apparently contravene some complicated by-law that waves stuff like massive guns and RPGs right on through.

I went about my morning routine as usual, but by the time I’d arrived at work, the co-conspirators of a trusting/totally disinterested boss, an intermittent BT internet connection and unnerving curiosity had convinced me that there was no alternative but to spend the morning surfing the tubes and troughs of the defence industry and the enterprises that survive on its filthy, polluted run-off, to see what was actually available to a discerning lunatic with access to a credit card.

END_OF_DOCUMENT_TOKEN_TO_BE_REPLACED

A few days ago, a user on reddit’s CMV (Change My View) thread posted this query in response to news of the National Security Agency’s PRISM surveillance program.

I believe the government should be allowed to view my e-mails, tap my phone calls, and view my web history for national security concerns.

Obviously the response was huge. At the time of writing the query has 3340 comments, most citing well researched, evidence based reasons why they object to their private information being monitored by the authorities. Only one post though, by an anonymous contributor using the handle 161719 and purportedly hailing from “one of the Arab Spring countries“, managed to effectively articulate how information is power, how it’s collection may seem reasonable at the time, but rapid changes to political systems can result in innocuous data being used in the systematic persecution of individuals and their families.

It’s petrifying. Please read it in full here. Whether you want to change your view or not. 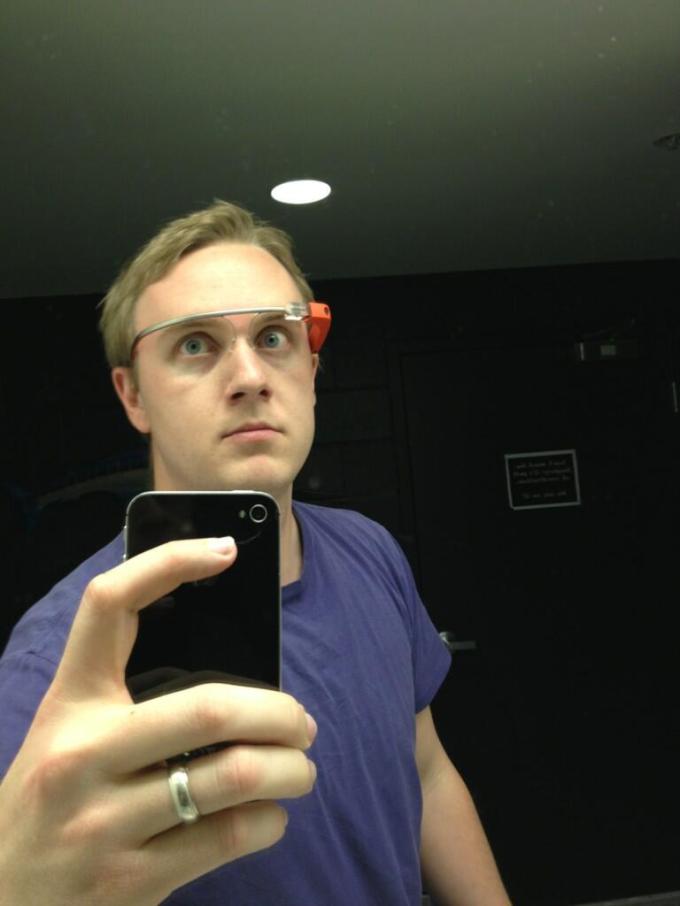 Given that the human race has time and again proven itself laughably inept at coping with life-improving gadgets, I think that we should be a little more cautious when approaching the facial fun park that is Google Glass.

END_OF_DOCUMENT_TOKEN_TO_BE_REPLACED 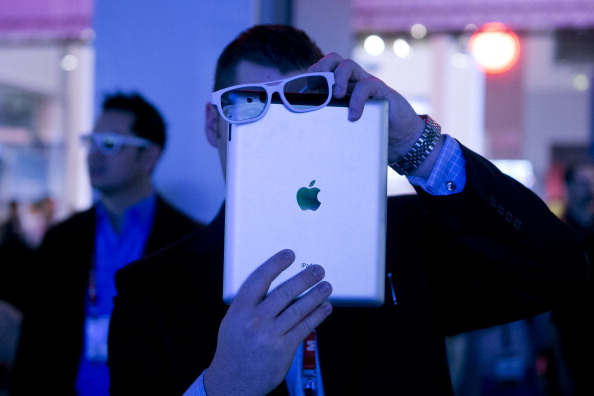 Hiding behind an iPad and a pair of 3D specs won’t save you. The robots of the future can smell your fear. Andrew Harrer/Bloomberg via Getty Images.

I’ve just spent the last half an hour browsing photos of the tech innovations on display at the 2013 Consumer Electronics Show.

Remember that Friends episode where Chandler expresses his fear of growing old and being alone, apart from his crazy and a large collection of snakes? That’s going to be me, only I’ll be surrounded by a shit load of electronic devices I can’t operate that will gradually learn to communicate with one another, form an alliance and plot my untimely demise.

Don’t believe me? Walk this way.