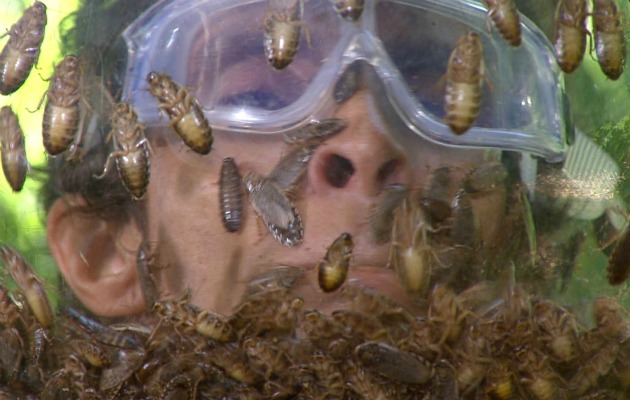 Entertainment for the masses, 21st Century style. Image via yahoo.com.

Like Dancing On Ice, ‘I’m A Celebrity, Get Me Out Of Here’ is one of the few celebrity based game shows that brings with it the very real and thrilling possibility of abject peril. Wanting to see someone you’ve been nursing a special hatred for get savagely attacked by a poisonous animal or have their fingers sliced off on an ice rink while Philip Schofield looks on in horror are perfectly natural human desires, and we should consider ourselves fortunate that so many celebrities are willing to hurl themselves into the fray for our entertainment.

‘I’m A Celebrity, Get Me Out Of Here’ starts on Sunday. Here are some exciting things to look out for, just in case you missed last year’s highlight.

Anyone know how Fatima Whitbread’s doing, by the way? 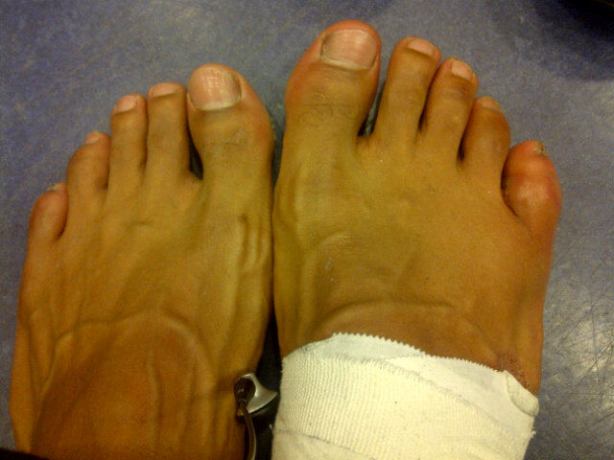 You might think the smart money would be on a former heavyweight champion boxer to thrive in a hostile environment, but like Achilles before him, the Hayemaker is susceptible to impromptu collapse via the most timid of means. Jungle life will take it’s toll quickly and that after trash talking his way through the first two days, David will be forced to quit the jungle after stubbing his toe on a carelessly discarded sock.

#OccupyWaterfall was launched in 2006 by former HearSay singer Myleene Klass, and since that time female (& the occasional male) celebrities have desperately sought to emulate her good work. The news that thoroughly soaping ones boobies for an ITV audience has overtaken finding a cure for cancer in 72% of young women questioned about their future ambitions illustrates the importance of the movement and the calibre of this year’s candidates reflects that.

Both Helen Flanagan and Ashley Roberts have experience in writhing about in a semi-naked state, while Charlie Brook’s Eastenders character killed husband Barry Evans by pushing him off a cliff, demonstrating that she is prepared to fight dirty if necessary.

Most Likely To Repeatedly State “I Just Want People To See The Real Me”: Nadine Dorries, MP. 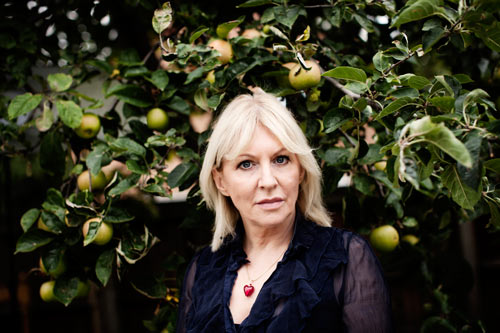 Dorries. Some previous experience with foliage will help. Image via matthewglloyd.co.uk.

Misunderstood Tory feminist Dorries is our “problem profile” candidate. Like Samantha Brick &  Sally Bercow before her, she is entering the celebrity game show environment to escape the ignorant, agent provocateur reputation she has spent her entire career honing. Experience states that this will go one of two ways. Either she will fly under the radar (see Linda Robson, actress) then resume normal service without anyone really caring, or she will find common ground with Eric Bristow and live in a caravan with him for a bit.

Most Likely To Form An ‘Unlikely Friendship’ With Nadine Dorries: Linda Robson, Actress.

A shoo-in for the latter stages of this hatecrime of a popularity contest, Robson’s down to earth persona and perceived ability to put up with really irritating women for extended periods of time will prove irresistible to desperadoes like Dorries. If Robson isn’t hiding in the hut to escape Dorries’ attention by Week 2, Mad Nad has wildly miscalculated her own popularity and may be forced to launch Operation MP Emergency Gameshow Survival. Yep. Horrifying cat impersonations.

Most Likely To Get A Cockroach Stuck Up Their Nose During A BushTucker Trial: The Rock, Actor.

Fatima Whitbread’s career may never recover from the ignominy of running around a small jungle clearing snorting like a hog while Ant & Dec look on in fascinated disgust. The Rock hasn’t actually confirmed his appearance on the show, but he seems like a game kind of guy, has experience with flying insects and almost certainly will not have seen Fatima’s footage, making him one of the few contestants likely to pop that insect filled helmet over his head.