For a few hours yesterday afternoon, national embarrassment and patriotic self-hatred were reluctantly suspended in Britain as Andy Murray powered, limped, flailed and panicked his way through the Men’s final at Wimbledon, before heroically lifting the trophy and shinning his way up the scoreboard to hug his family in the now traditional manner.

END_OF_DOCUMENT_TOKEN_TO_BE_REPLACED 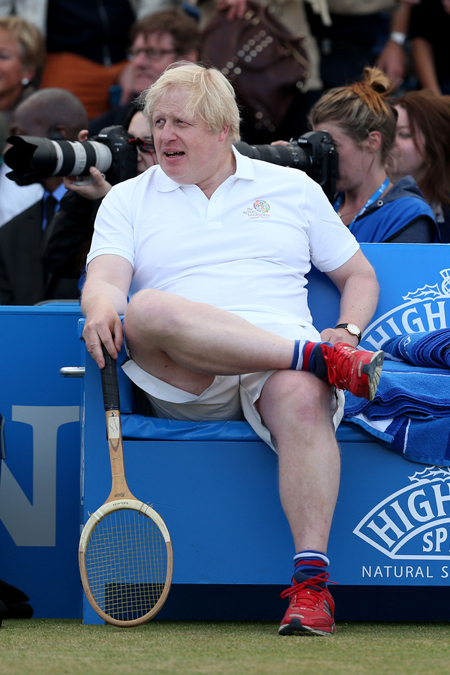 The dearth of talent in British tennis is such that if Andy Murray fails to shine at Wimbledon, our next best hope is this.

Altogether now, desperate as you like… COME ON ANDY!!!!

How serendipitous that we English should throw a massive life-affirming, celebration of sporting and cultural inclusivity, just weeks before a Scotsman wins the first grand slam victory for a British male in 76 years.  It would have been a bugger to claim as our own if we hadn’t, wouldn’t it?

Congrats on the win, Andy. And the perfect timing.

I was peacefully working my way through a bottle of Pimms yesterday afternoon, when a horrifying thought intruded on my enjoyment. What if the unthinkable happened and my newfound, if slightly vague, patriotism paid off? What if Andy Murray actually won Wimbledon?

END_OF_DOCUMENT_TOKEN_TO_BE_REPLACED 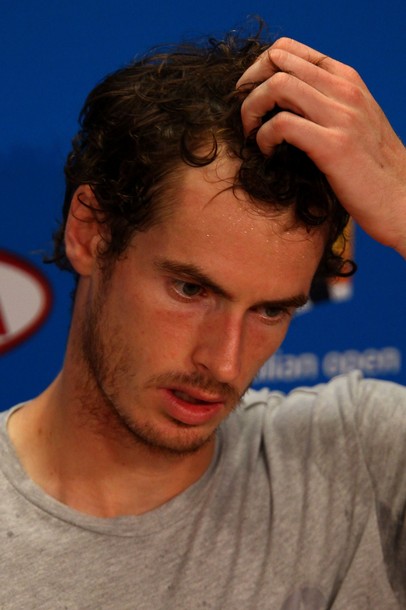 Andy reads through a list of excuses for failure used by other British sportsmen recently. Image: Clive Brunskill/Getty Images.

If any British sportman has reason to piss and moan about unfairness in sport it’s Andy Murray, whose misfortune at being born at the exact same time in history as three of the finest tennis players ever becomes more apparent with every passing defeat.

But does the Scot, who was beaten in the semi-final of the Australian Open by Novak Djokovic earlier today, witter about broken toes or unauthorised lurkers when his quest for his first Grand Slam falls at the second to last hurdle yet again?

No. He says he is “proud to have closed the gap between himself and Djokovic” and “pleased to have taken him to five sets.”

Amir? Are you listening?